Every now and again I see the claim that there’s too great a focus within innovation discussions on technology and tools, rather than on people and their needs. The argument runs that the specific technology is not what matters. Instead, attention should be paid to what is needed, and then technology options assessed by what they are able to deliver against those needs. The fear is that if the focus is on the technology then it is too easy to lose sight of what matters, and get distracted by the ‘shiny’, and the pursuit of innovation for the sake of it. Pay attention to the human needs and the innovation will follow.

This, at the surface, is hard to disagree with. People are the reason why we’re innovating after all. It’s not about making a cool toy, or to demonstrate some shiny application that people might not even use. And yet…

Technology matters. Technology shapes and changes our experience as humans. It changes our relationship with our reality. It creates and alters our needs and wants, our expectations and hopes. Effective innovation is thus dependent upon understanding and engaging with technology. This understanding is not limited to a technical sense; it also requires appreciating the applications of technology, its effect on business and operating models, and its relationship with the human experience.

To illustrate this, I’d like to share a story to give some anecdotal colour to what I think is a serious point: that technology matters, because it influences our behaviours, our desires, and our aims. This story is one about travel and Instagram.

A visit to Trolltunga

Last year I was fortunate enough to visit Norway and see some of the beautiful countryside there, including some of the impressive mountains and fjords. One particular walk that I did with a friend was a visit to Trolltunga. It is a remarkably spectacular cliff overhanging a lake some 700 metres below.

It looks very dramatic! Standing on a rock sticking out of a cliff like that! And it clearly makes for great photos. But what does this amazing holiday shot have to do with innovation, or technology for that matter?

Well, unsurprisingly, a single picture does not tell the whole story. In order to get that photo, we had to line up for quite some time, as everyone else wanted their photo taken as well. There were quite a lot of others waiting before and after us on the day we went.

Then of course there was the walk to get to Trolltunga, which was not an easy stroll. The trek to Trolltunga is over 25km and involves quite a steep ascent. As the tourism site describes, it is a long and demanding walk.

While everywhere in Norway appears to be quite beautiful, it would be fair to say that the walk to and from Trolltunga is not especially remarkable or scenic in comparison to other, more easily accessible, parts of the country. Norway has quite a lot of stunning vistas including fjords, mountains, cliffs and glaciers. Yet, not many of the others culminate in such a particular setting.

In discussions with a local we learnt that in 2007 there were less than 1000 people who would undertake the long walk in a year. However, in 2016 it was estimated that about 80,000 people undertook the hike.

So what changed that meant that a barely visited part of the remote countryside became one of Norway’s most popular attractions? From what I can tell, it wasn’t the ease of access to the site. It doesn’t appear to have been because it was more heavily or effectively promoted by Norwegian tourist authorities (getting nearly 10,000% increases isn’t usually that easy). It wasn’t that people suddenly became more fit and interested in undertaking a somewhat ambitious walk of over 25km. It wasn’t that there was a shortage of other attractive parts of Norway to visit.

Rather it appears to be driven by Instagram and the need to get the right photo.

The importance of getting the right photo

Once upon a time, taking photos on holidays was about taking some shots and hoping you got some good photos. Before the advent of ubiquitous digital internet-connected cameras, and social media platforms such as Instagram, the prime focus of photography was generally on what was being photographed. Photographs were limited, as camera film provided a constraint on how many you would take. Getting a good photo was a matter of expertise, time invested, and luck.

The smart phone changed this. Ubiquitous digital cameras meant that photos were no longer limited, and so the focus of photos changed from not just being a good photo, but having the right photo. The rise of selfies makes sense when seen in the context of an exponential rise in the number of photos being taken. The social currency of photos evolved to depend upon photos being more context specific. In many cases, if the photo does not have the person in them (or some identifiable personal connection), then their value from a social media perspective is reduced – after all, they could be anyone else’s photo. What matters is having the person in them and having something notable about them. An ‘ordinary’ photo, no matter how beautiful, does not have the same value if it does not have the same personal connection and some quality that distinguishes it from the vast number of other photos out there on the Internet. (Of course, at the same time, social media in effect encourages homogeneity as well – hence people lining up so that each in turn can get the same photo, only differentiated by who is in the photo.)

Therefore, the rise of the smart phone and social media has created a demand for getting the ‘right photo’, such that some 80,000 people a year are willing to undertake a walk of over 25km to line up so that they can get the same single shot of them standing on a rock sticking out of a cliff as many other people. One recent survey suggested that the importance of ‘Instagramability’ was such that it was one of the key determinants of choosing a holiday destination for young British people. While neither of these are particularly rigorous data points, I would suggest they are still pertinent illustrations of some significant changes in behaviour that have occurred. And this change in behaviour has been driven by technology.

Why does this matter for public sector innovation?

Effective policy depends upon on understanding the factors that influence and shape the policy issue. Technology can create or remove different factors, and/or change the relationship and impact of existing factors. Technology changes what is possible, and thus what is expected, and thus what is wanted or needed. For instance, while tourism has always been driven in part by knowing what is ‘attractive’, technology has led to an emphasis on particular qualities, such that you can now see signs at some attractions warning people not to put themselves at risk of injury or death trying to get the right photo. 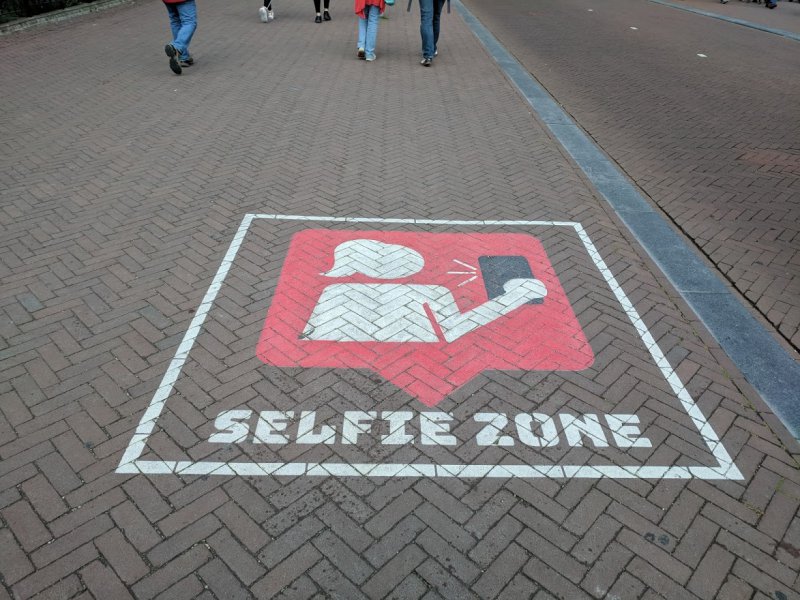 While the innovation process, and any particular innovation, should always have regards to what is needed and what outcome is being sought, it should also recognise that these are not static things. Technology changes the context, and innovation will only be effective over time if it has some appreciation of different possibilities.

For me, this is one of the prime reasons that I think public servants need to be engaged with new technologies and understand what they are really doing. This does not mean necessarily having a deep technical expertise (though that can often be helpful), but without some appreciation of technological possibilities and their implications policy and delivery are often going to be hindered. If public servants wait until technologies are fully developed then they are going to miss the opportunity to understand what possibilities a technology opens up, to recognise which of those possibilities might be socially preferred, and to consider what interventions might be needed to either guide the application of the technology or to safeguard against potential risks.

Technology is not the key consideration for innovation. However, unless the innovation process explicitly recognises that people and technology are inter-dependent, that the human experience is influenced and shaped by technology, and that human experience shapes the development and adoption of technology, then it will ultimately be detrimental. Innovation should not fall under the thrall of technological determinism, but nor can it be blind to the interconnections between human experience and the technologies that we have available to us. What we want is shaped by what is possible, and what is possible is shaped by what we want.